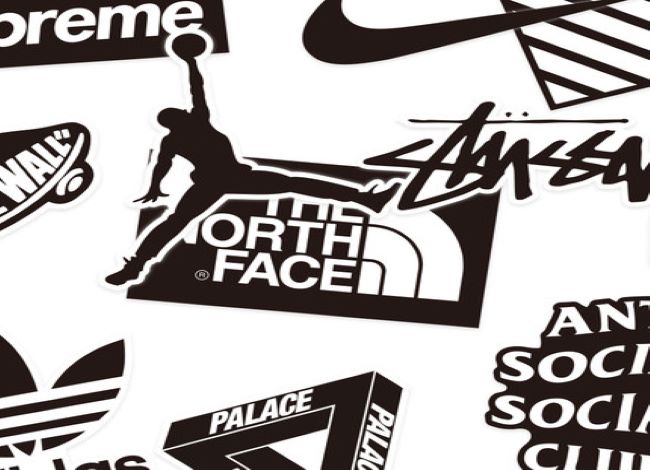 When there was no Facebook, Instagram, or any other social media, how did Hip-Hop culture and even fashion style brands trend spread? The most direct way is through stickers on street walls and pole signs. After reading this blog, you will have further knowledge about their relationship.

Over the past 50 years, street art has been slowly changing the environment in which we live. Since 1970, sticker art has evolved from its beginnings as defiant street symbols to new forms of art. It offered many people the opportunity to participate in the creation of art and to start their artistic careers outside of the traditional art world.

As one of the most common crafts, stickers all show people appreciate beauty and imagination. The materials for decals are readily available, but in the hands of art lovers, they can be turned into an exquisite craft.

Today, I want to introduce you to a young artist who has contributed to the art of stickers called Shepard Fairey, a street artist, activist, designer, and founder of the brand OBEY, a national street fashion brand whose lightweight streetwear is inspired by rock and hip hop musicians, including sweatshirts, tees, and wide-fitting pants. People who are familiar with the trendy brand OBEY will definitely think of a big face pattern, the big face in this pattern is taken from OBEY designer Shepard Fairey’s obsession with wrestler ANDER THE GIANT.

The portrait series of stickers was an early form that began with postings on various poles in the streets when he began the well-known “Andre the Giant Has a Posse” Sticker Movement, putting his OBEY Giant stickers all over campus, and soon the campaign swept across the United States in 1989.

He became known to the world in 2008 through the HOPE poster with US presidential candidate Barack Obama where he stands in front of and became a world-famous graffiti artist.

The Obama posters that Fairey personally produced and posted on the streets at the time were later used as official images for the election campaign and are credited with being the first to enable Obama’s victory in the election, a world-class artist who did not hesitate to put political messages into his work for the sake of justice.

His black and white wax paper representation of the face of wrestler André the Giant became a worldwide sensation.

Palace was founded in London in 2009, with Lev Tanju as its founder. It is not surprising that Palace Skateboards is now the hottest fashion brand in Britain, not only because of its cultural spread in skateboarding, but also because the brand itself pays attention to its products. The concept of skateboarding runs through every single item designed by Palace, which is also liked by many young people who are keen on street culture.

Two eyes are the look of the letter X, large ears like a pea pod, skull-like head shape, and the lower half of the body and, Mickey Mouse’s image is very similar. It can be said to be a new and bizarre shape.

The full name is A Bathing Ape in Lukewater, which means an ape-man who takes a hot spring, implying a young man in Tokyo who is content with the status. Its logo was designed by SKATE THING, an important person in Harajuku, and its inspiration came from the famous science fiction film Planet of the Apes.

In early 2018, Justin Bieber registered his middle name “Drew” as a trademark and collaborated with several friends and long-term partners to create the brand — Drew House.

Stickers are the main means for skateboarders to decorate their skateboards and an important way to express themselves. Pictograms and bold logos are the hallmarks of the Alien Workshop stickers. “Stickers are a skateboarder’s message to the world, and nothing shows personality and team spirit more than a skateboard sticker.” Says Mike Hill, Creative Director.

These stickers on the pattern are often the theme of the product line, and these small, unassuming items will be collected by some avid fans. Stickers are not only a way to decorate the items we use around us, but also a way to express our personality and attitude. From the brand’s point of view, it is also a good promotional tool

What is considered less environmentally friendly today was indeed popular in the 1980s when the original “license ads” were posted all over the place. These street stickers, with a special artistic way to change the city, with the world, with our dialogue.

Now, sticker culture has influenced numerous aspects of people’s lifestyle including clothes, education even politics. A small sticker on the telephone pole, maybe a certain group is making a sound. As for the designer of stickers, everyone who uses them is helping him finish his creation.

If you are inspired by sticker culture and want to create stickers that belong to you, it is easy and convenient to make your art stickers on customsticker.com!